In the past two or three years, I was fortunate to speak at a variety of travel industry events about the state of online distribution and the challenges stemming from the hotel/hostel/B&B relationship with online travel agencies (OTA). In my home province of Quebec, this has become a pressing issue that various hotel associations have put at the top of their agenda. It also affects restaurants, attractions and increasingly, vacation rentals. Yet I realize this is an equally debated topic in France where I attended various events back in 2013 and 2014, across Europe as well as North America.

Everywhere I go, a common concern arises: how can hospitality managers and owners reclaim control of their inventory and distribution without caving into the OTA downward spiral of lower profitability? 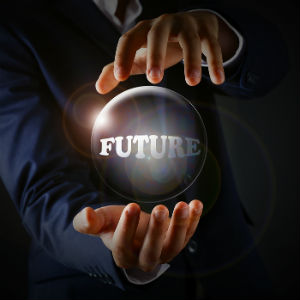 While control is a main concern, this doesn’t mean OTA don’t have a role to play into the online distribution equation. Of course they do, and they should. But to what extent? At what point should hotel marketers consider there is too much of revenues shares coming from OTA versus other channels?

According to a recent study by PhoCusWright, OTAs represent 58% of US independent properties’ online bookings in 2015 compared to just under 50% of the share for chains. This phenomenon is even more acute in Europe where intermediaries represent almost three quarters of independent hotel online bookings in 2015. Knowing big players like Expedia and Booking command anywhere between 15-25% commission levels, sometimes even more with premium advertising placement, it’s easy to see how they have become a serious thorn in hoteliers’ profitability.

The past year has been a pivotal one in the OTA ecosystem, with Expedia going on a shopping frenzy and pretty much buying its way to the top of the food chain. With the acquisition of Travelocity, and then Orbitz, and then HomeAway, Expedia is now the largest OTA in the world, ahead of Priceline (with its popular brand Booking.com). It seems we are more than ever dealing with a de facto duopoly in the OTA landscape.

Is the real danger perhaps Airbnb?

But while hotels and hospitality stakeholders concentrate their efforts on countering OTA domination, there are various other developments that should be taken notice of. Consider the purchase of HomeAway by Expedia, for example. HomeAway is the biggest competitor to Airbnb, the platform with a buzz ever since it was created back in 2008, but more so in the past two or three years as it went global. Why would an OTA like Expedia invest in the world’s biggest vacation rental platform? Both Priceline and Expedia CEO were recently quoted saying they don’t fear Airbnb – but why not? After all, Airbnb raised $1.5 billion this summer through private funding, and is estimated to be worth $25-30 billion. No small affair when you think that the purchase of Starwood Hotels by Marriott, making it the biggest hotel company in the world, was a $22 billion transaction!

In fact, we are starting to see partnerships between hotel chains and collaborative sites, such as the example of OneFineStay and Hyatt in the United Kingdom. It will be interesting to see how Expedia will integrate HomeAway in its business model and, more interestingly, how Airbnb will evolve towards a more integrated OTA-like approach in the year to come. As for Booking.com, industry experts noticed how a recent release boasted its 21 million bookable rooms, compared to Airbnb’s 2 million rooms listed on its site. Clearly, there is numbers game at play here, and it’s not just a “my house is bigger than yours” bravado, but rather demonstrating who has the most skin in the game for hotels and vacation rentals alike.

Lastly, it will be interesting to see what kind of treatment business travel gets in this new world. Business travel is estimated to represent only 8% of travel industry market share in terms of passengers, but close to 30% in terms of revenues, in North America. In 2014, Airbnb inked a deal with business travel technology provider Concur, and during this past summer started a pilot project targeting business travelers. Expedia has a dedicated site for corporate travel, Egencia, but is it growing and responding to market expectations so far? And what are Priceline’s intentions in this niche?

The future of OTA

So what can we expect from OTA in 2016 and beyond? We are already seeing plenty of movement from the last couple of weeks to see that things won’t stay stale for too long. Amazon came and went with its intention to become a player in the online travel distribution landscape. But perhaps the answer lies within how Tripadvisor and Google will play the game, forcing the duopoly into an uncomfortable foursome.

On one hand, we’re seeing Tripadvisor morphing from a review site into a full-fledged online travel agency, with its Instant Booking function. After signing a few big hotel chains, including Accor and Marriott, it signed an exclusive deal with Priceline and its Booking.com subsidiary, accessing its inventory and making it available for direct booking within Tripadvisor. Knowing restaurants, tours and activities are also within the scope of transactional capabilities, Tripadvisor thus has the klout to potentially become the next biggest OTA out there.

And let’s not forget Google. Ever since it purchased the ITA software back in 2010, Google launched Hotel Finder and Flight Search yet has been making slow inroads into the travel distribution ecosystem. Since Priceline and Expedia are considered to be among Google’s top 5 biggest clients in terms of AdWords revenues, there are many that thought and still think Google wouldn’t risk losing this business. In 2016, with the online advertising equation moving to mobile and social, Google is most likely reconsidering this risk, and we’re already seeing special offers and promos to book direct within Google. Rumor even has it that Expedia and Google are in talks for exclusive distribution, mirroring the Tripadvisor + Priceline deal mentioned above. Fact or fiction? Time will tell, but the below video points in a clear direction where Google is becoming more active in travel.

I believe OTA will continue to play a prominent role in the online travel distribution sphere, specially with their prowess in the mobile ecosystem and across channels. Have they become too big to fail or do you think hoteliers, in particular independent hoteliers, can turn the tide around?

So what do you think will happen next for OTA in 2016 and beyond?

Frederic Gonzalo is passionate about marketing and communications, with over 19 years of experience in the travel and tourism sphere. Early 2012, he launched Gonzo Marketing and works as a strategic marketing consultant, professional speaker and trainer in the use of new technologies (web, social media, mobile).